On 11 May, more than 80 participants from Macedonia and the Shar Mountain region took part in the final conference as part of the project of preserving the biodiversity on Shar Mountain. This project is led by the Macedonia Ecological Society since 2015 in collaboration with local organizations that are united under the name “Friends of Shara”

The conference, named “Challenges facing the management of Shara’s environment in the future protected cross-boundary area Shara, Korab, Shari”, was able to unite the national and international organizations that work with resource management on the mountain. This also served as an opportunity for experts to bring up the threats that continue to exist in Shar Mountain.

We are aware of the unsupervised and illegal hunting and the easy accessibility of illegal building projects on Shara (as well as on its higher landscape). This is why we urgently request that this area be protected. We hope that with stricter management there will be higher levels of regulation over the mountain range which, as reported by Prof. Ljupcho Melovski, PhD, from the Macedonian Ecological Society, is currently “degrading”.

During the conference, the topic of forest fruit harvesting by the local population was discussed as well as future plans for its management once the area is proclaimed as a national park.

“There are various fruits here such as blueberries and mountain tea. Nobody manages their harvesting thus they are not protected. In the case of a national park, this would be very different,” comments university professor Goshe Stefkov.

Participating in the conference was Bashkim Ameti, the minister of environment, who remarked that the conference had advanced the process of officially proclaiming Shar Mountain a national park.

“The official proclamation of Shar Mountain as a national park has existed in Macedonia’s urban planning for years and the Ministry has expressed its commitment on various occasions. With the project being funded by the UNEP and GEF, there have been preparations for future resource value studies concentrated on the natural resources found on Shar Mountain as well as additional documents in completing the process which would ultimately be finalised in two to three years,” reported Ameti.

The project “Biodiversity Conservation through Sustainable Management of Resources in Shar Mountain” is financed by the German Federal Environmental Foundation (DBU) and implemented by MES together with the EuroNatur Foundation from Germany. 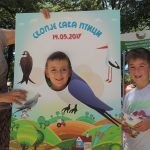 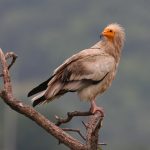