The Macedonian Ecological Society in cooperation with the Euronatur Foundation from Germany, is organising their second Green Belt Day in a row to be held on the 24 September (Sunday) 2017 in the Skopje City Park. The event will begin at 12 p.m. and it will last until 15 p.m. We will celebrate the day with a series of different activities around the lake, and in the Central Park Cafe.

The purpose of this event is to promote the valuable and rich wildlife found along the Green Belt, which extends through 24 countries in Europe, uniting important landscapes and habitats. The Macedonian part of the Green Belt encompasses the transboundary region with Albania, Greece and Bulgaria.

During the event, participants will be informed about the values of the Green Belt through a photo exhibition. The youngest participants will witness a migratory simulation and through different interactive games about animals they will have the opportunity to learn about the biology of these species.

The creative corner will encourage children to make interesting and creative works from natural materials. In addition, the chance to observe through a microscope will allow them a closer look into the wildlife found in water.

This day is also celebrated in nine different Balkan counties, each having their own different activities.

The Green Belt in Europe was formed along the former “Iron Curtain” which functioning as a barrier between Eastern and Western Europe for almost 40 years. Along this barrier, an incredible ecological network was formed and developed. Human activities were banned in these areas and thus the wildlife was able to develop and move freely. As a result, this network includes some of the most important areas for biodiversity conservation in Europe.

Within the event, prizes will be awarded for the best photographs from this year’s photo competition on the Green Belt, as organised by the Macedonian Ecological Society.

Partners and supporters of the event are the Macedonian Biological Society, Institute for Biology, Biology Students’ Research Society, First Scout Unit of Skopje and Anhoch. 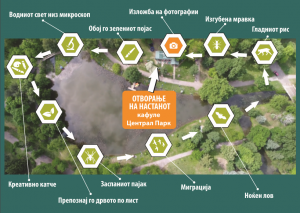 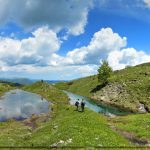 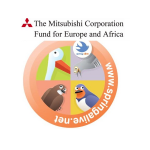