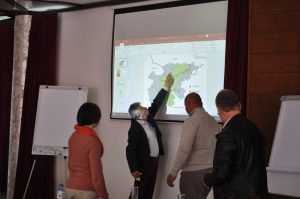 In the national Park Sharri in Kosovo during the dates 12-14 April, after a long break and online meetings, the representatives of the project “Sustainable Future for the Shara/Korab-Koritnik Region” met in Prizren to exchange their experiences within the project.

Aside from this meeting, within the scope of the project different meetings between model projects within their respective countries had been organized (North Macedonia, Kosovo, Albania and Germany). 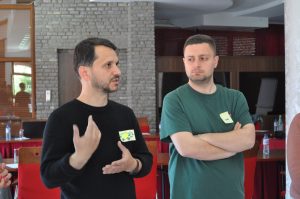 During the meeting, the model projects from all three countries exchanged their experiences on topics of tourism, cultivation, sustainable livestock and bee keeping as well as contacts for further

cooperation on a cross-border level. Although the project leaders work on the same mountain massif, their problems can be very different when it comes to the work of the bee and livestock keepers.

A similar meeting is being planned for September 2022 in the national park “Shar Mountain”, in North Macedonia.

The project is financed by the The German Federal Environmental Foundation DBU and the humanitarian foundation Aage V. Jensen. 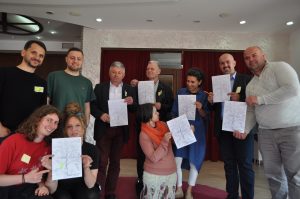 MES is implemented the project in cooperation with EuroNatur from Germany, and its regional partners PPNEA from Albania and CNVP from Kosovo. 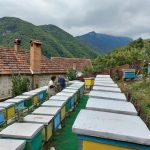 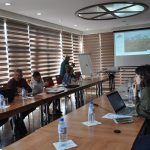