On 22 and 28 March in Skopje, two workshops were held in order to raise public awareness about the importance of removing the lindane from the small landfill in the OHIS plant, organized by the Macedonian Ecological Society and in coordination with the Office for Persistent Organic Pollutants (POPs) as part of the Ministry of Environment and Spatial Planning (MoEPP).

The purpose of the workshops was to inform all stakeholders and the public about the next steps regarding the procedure for the disposal of the deposited lindane within the plant. It was also one of the objectives to define competencies and joint coordination and communication among stakeholders regarding this long process. According to the Planning Office (MoEPP), the tender documentation for the persistent organic pollutants (POPs) of the Ministry of Environment and Physical Planning will be finalized by the end of April, announcing an international tender for the selection of a company and technology for disposal of the deposited lindane by the United Nations Industrial Development Organization (UNIDO) the small dump in the circle of OHIS. It is expected that by autumn it will be known which firm would be involved in the process of landfill removal.

According to the Office for Persistent Organic Pollutants (POPs), in the Ministry of Environment and Physical Planning (MEPP), by the end of April the tender documentation will be finalized, after which an international tender for the selection of a company and technology for the disposal of the deposited lindane from the small landfill in the circle of OHIS will be announced. This Autumn is expected to be known and which firm would be involved in the process of landfill removal.

Raising the public awareness of the Skopje population about the significance and impact of the lindane on human health and the state of the environment is one of the activities that is being implemented within the framework of the multi-annual project Removal of technical and economic barriers to initiating the clean-up activities for alpha-HCH, beta-HCH and lindane contaminated sites at OHIS financed by the Global Environment Facility (GEF) and implemented through UNIDO. The main goal of this long-term project is to carry out the removal of the deposited lindane from one of the two existing landfills located in the OHIS plant in the next period.

The Macedonian Ecological Society (MES) is the carrier of public awareness activities, in coordination with POPs Office within MoEPP. 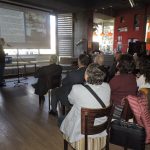 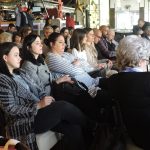 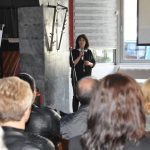 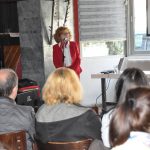 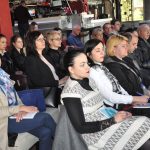 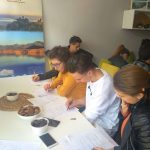 The Wild Side of Prespa – plantsNews, Newsletter