The need for up-to-date information on the distribution and abundance of birds in Europe was evident a decade ago when the EBCC decided to start the project of the second European breeding bird atlas (EBBA2). EBBA2 builds on its predecessor, the ‘EBCC atlas of European breeding birds’, published in 1997 based on data from the 1980s. EBBA2 has combined high scientific standards with a citizen science approach to collect data on distribution and abundance of all bird species in Europe as well as to document changes since the first atlas. 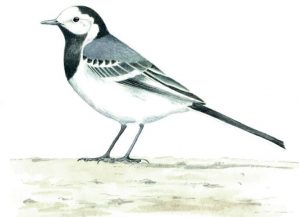 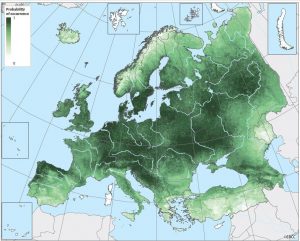 During the fieldwork period 2013–2017 EBBA2 recorded 539 native bird species breeding in Europe, 59 of which are mainly concentrated in Europe (near-endemics) and 40 are species that can be found only in Europe (endemic). There are few species as widespread as White Wagtail Motacilla alba or Common Cuckoo Cuculus canorus, which were recorded in over 85% of all 50-km squares surveyed in EBBA2. More than 50% of the species occurred in less than 10% of all surveyed squares, so that all countries and regions have their own specific responsibility towards this common wealth.

EBBA2 data show that 57 non-native species breed in Europe, i.e. one in ten of European breeding bird species has been introduced from elsewhere; 39 of these species were documented for the first time in the last three decades.

But despite pronounced changes in European landscapes and climate, very few native species disappeared completely, e.g. the Common Buttonquail Turnix sylvaticus, and the same applies to species naturally colonising the European continent, like the Little Swift Apus affinis. However, we observed marked changes in the European avifauna in the last 30 years. According to EBBA2 analyses, 35% of all native species increased the area where they breed, among them Cattle Egret Bubulcus ibis, Citrine Wagtail Motacilla citreola or Mediterranean Gull Larus melanocephalus. On the other hand, 25% of species have shown a decrease in area, e.g. Ruff Calidris pugnax, Great Bustard Otis tarda, European Roller Coracias garrulus or Ortolan Bunting Emberiza hortulana, the species shown on the book cover. Furthermore, the breeding ranges of European birds have shifted northwards by an average of 28 km (ca 1 km per year). 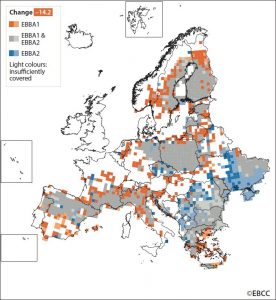 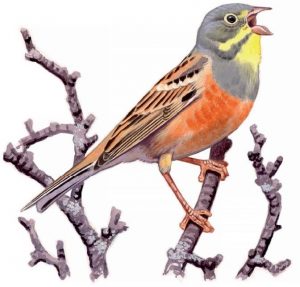 Sergi Herrando, from the EBBA2 coordination team at the Catalan Ornithological Institute says: “Regions in the north of the continent have gained species while the areas in the south have experienced losses. Losses have often been found in bird species characteristic for agricultural land and grassland, particularly in the Mediterranean region as well as in western and central Europe. Land use and climate change appear to be the main drivers of these changes and will have to be investigated further.”

This is in line with existing information about the decline of many farmland bird populations due to intensive agricultural practices. As many species shift their ranges northwards, species richness of forest birds is increasing, probably also as a result of land abandonment resulting in forest regrowth. Many other aspects are treated in the book. For instance, specialists of montane grasslands and tundra, mires and moorland are losing ground in substantial parts of their ranges. 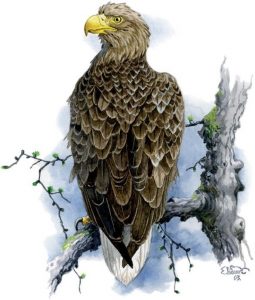 Petr Voříšek, from the EBBA2 coordination team at the Czech Society for Ornithology explains that environmental policy may actually work: “Many species of European conservation concern suffered losses in distribution but there are also positive stories indicating that nature conservation works. Many species protected by international legislation such as the White-tailed Sea-eagle, Haliaeetus albicilla, have increased their distribution in Europe, visible also for instance in the increase in the breeding distribution of a number of species of inland wetlands that benefited from better protection of the species and their habitats (for instance Eurasian Bittern, Botaurus stellaris, or Pied Avocet, Recurvirostra avocetta).”

EBBA2 presents a new baseline on the European avifauna, with an unprecedented geographical coverage from the Azores to the Ural Mountains. EBBA2 is also one of the biggest-ever citizen science projects focusing on mapping biodiversity. In total, around 120,000 fieldworkers contributed data to the atlas, the great majority of them on a voluntary basis. Verena Keller from the Swiss Ornithological Institute, EBCC board member, EBBA2 project manager and the lead author of the book comments: “EBBA2 was only possible thanks to the EBCC network of organisations and individuals from all corners in Europe, all dedicated to a common goal, cooperating across all borders and barriers.”

The results of EBBA2 are published in a comprehensive book in partnership with Lynx Edicions. An on-line interactive version of the atlas maps is planned to be published at a later stage. Mark Eaton, EBCC chair, looks into the future: “This incredible new book, and the database that underpins it, will serve to enable further research and support conservation of birds and other biodiversity across Europe for decades to come.” 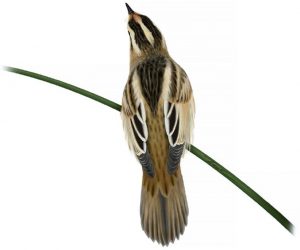 Iván Ramirez, Senior Head of Conservation at BirdLife Europe and Central Asia, comments: “This Atlas is a keystone publication that should guide future conservation work in our region. It helps practitioners to understand the changes of distribution of all species over the years and so it clearly highlights where species conservation and habitat restoration activities should happen in our region.”

The project would not have been possible without dedicated fieldworkers, national coordinators, experts contributing to analyses and presentation of the data, donors and other supporters.

EBBA2 in a nutshell 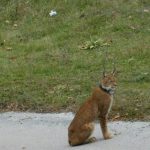 Balkan Lynx – News from the FieldNews 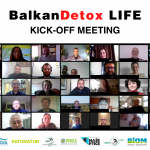