After more than 45 years of existence and work in nature protection and promotion of ecological science, we decided that it was high time to refresh our logo and modernise our website. We do hope that changing the organisation’s image will bring us closer to the citizens and the members. Therefore, as of today, 22 April – Earth Day, until 22 May – International Day for Biological Diversity, MES annual membership will be free of charge.

For decades now such international days bear significance to us, for we remain firmly dedicated to exploring and conserving nature, as well as bringing it closer to the Macedonian citizens.

Our new look starts from the new logo selected from the several suggestions by a few Macedonian designers active on the Facebook page named Creative exchange. The logo was developed by the designer Vladimir Trajanovski from Ohrid. The process of approving the final idea took more than a year, whereas it has retained all elements of the old logo but in a very stylised manner. The new logo, much like the old one, depicts the integral functioning of the biosphere, combining the soil, water, sun and vegetation, but this time with softer lines, clearness and simplicity.

This year MES became a fully-fledged member of BirdLife International, the oldest and the largest global NGO network for nature conservation established in 1922, which brings together organisations from more than 120 countries with more than 13 million members and supporters.

If you have decided to become our member, click here! 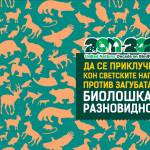 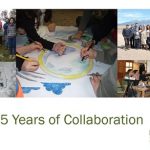