New lynx is here! 12 February 2020 the lynx team of the Macedonian Ecological Society (MES) box-trapped a new individual of the rare Balkan lynx in Bukovikj, near the town of Kichevo. Representatives from the Faculty of Veterinary Medicine in Skopje and Sokol-Z Hunting Society from Zajas village assisted during lynx sedation and taking of measurements and samples of hair and blood. The procedure established that the lynx is a healthy female aged 2–3 years, weighing 15 kg.

This is the second radio-collared female (after Maja) to be monitored by radio-telemetry and GPS-tracking. It is crucial to broadening our knowledge about lynx distribution, and food and habitat needs. The lynx was camera-trapped last year on the same site. For the time being, the lynx is in good health, as seen from the locations using GPS-tracking, which revealed its first prey after the capture – roebuck kill from 4–5 days ago.

Our friends from Sokol-Z HS were given the honour of naming the lynx. They opted to name this beauty Narcisa. Narcisa, we wish you abundant prey and many offspring!

Ever since 2010, MES has captured and radio-collared a total of eight lynx individuals, providing valuable data about the behaviour of this secretive animal. 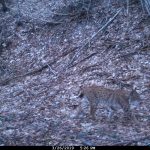 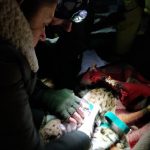 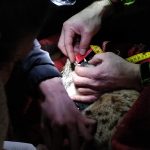 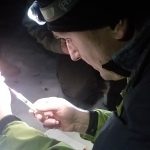 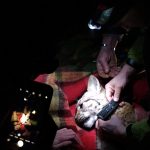 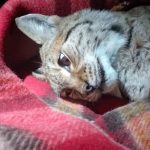 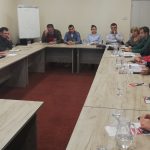 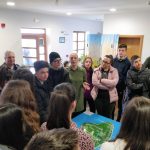