Vultures in the Balkans 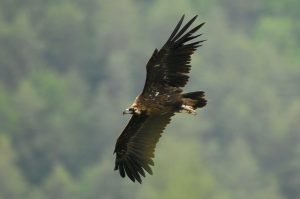 Cinereous vulture (This species no longer breeds in Macedonia)

Once a common sight over the Balkan states the populations of the four European species of vultures, drastically declined over the course of the 20th Century. This led to the almost regional extinction of the bearded vulture and reduced the population of cinereous vultures to a small colony in Greece of 30 breeding pairs, while about 60 pairs of Egyptian vultures are left on the peninsula. Griffon vultures have become extinct from several countries including Albania, Bosnia & Herzegovina and Montenegro and the 600 pairs are found in isolated populations across the region, larger populations of 100 pairs can be only found in Croatia, Bulgaria and Serbia.

Illegal poisoning in the Balkans

Wildlife poisoning is the single biggest threat to vultures in the Balkans today, and is the cause of the dramatic decline and regional extinction seen over the last 30 years. It is affecting the wild populations remaining in the Balkans and the conservation efforts to recover the populations across the whole of the region. Poisoning has been recognised as the single most important threat that vulture populations are facing worldwide within the  Vulture  Multi-species Action Plan (Vulture MsAP),  a global plan for the conservation of 15 species of vultures, co-developed by the Vulture Conservation Foundation. 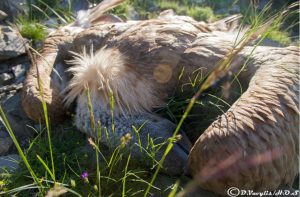 The practice of using poisoned baits by farmers and hunters is seen as a quick and affordable ‘solution’ to control predators such as wolves, jackals, foxes and feral dogs to protect livestock and in commercial hunting areas.  Despite being illegal throughout the Balkans, the practice is widespread partly due to poor enforcement of the law protecting wildlife and the free availability of poisons in markets and online.

To achieve the aim of the Balkan Anti-Poisoning Project the project team will work with partners in each of the five Balkan states to establish national anti-poison working groups, comprised of representatives from relevant governmental institutions and conservation organisations. Each working group will be tasked with developing national anti-poison road maps which will set a baseline for future work combating wildlife poisoning. As well as developing of road maps the project will also launch a large scale awareness raising campaign to inform public audiences in the five states about the impacts of illegal poisoning on wildlife.

The Balkan Anti-Poisoning Project builds on many other projects in the area that have worked to protect vultures in the area from the threat of illegal poisoning working with anti-poisoning canine units, many funded by the European Union’s LIFE programme such as our own LIFE Re-Vultures and Vultures Back to LIFE and others including Return of the Neophron, Egyptian Vultures New LIFE and the work of numerous  conservation organisations, such as the Fund for Wildlife and Flora and the Hellenic Ornithological Society, BIOM, Bulgarian Society for the Protection of Birds WWF Greece and many others. 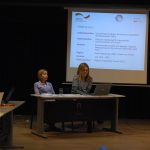