Within the scope of the BalkanDetox LIFE project, this summer we organized educational workshops in Vitolishte and Gorna Boshava which focused on the remaining vulture population in the country and the issue of wildlife poisoning. Engaging with relevant stakeholders is one of the most important ways to help shift the behaviour of the general public when it comes to animal poisoning. The workshops intended to raise awareness about this issue in North Macedonia and we presented information concerning the motives and consequences of this harmful practice to the locals. 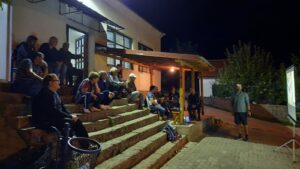 The common motive for the use of poison baits often comes down to human-wildlife conflict. The main groups involved in these conflicts are livestock breeders and game managers and carnivorous predators such as the wolf and bear. A poison bait is generally made by lacing a carcass with a toxic substance, usually a phytosanitary product such as an insecticide, rodenticide, fungicide, herbicide or molluscicide. Poisoning can also occur accidentally by farmers that use pesticides in their crops. In this case, some bird species become exposed to poisoned seeds.

The decision to organize the workshops in these locations was not coincidental. Based on MES data, these areas have witnessed the most damage of wildlife poisoning in the country. Most poisoning incidents have been recorded in the Mariovo region therefore marking it a wildlife poisoning hotspot. Additionally, vultures are often spotted and monitored in these areas. That is why it is crucial to communicate and work with the local communities in these locations. 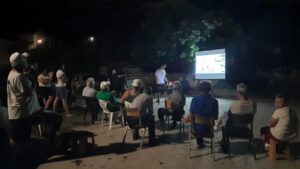 Following the presentations, questionnaires were conducted which concentrated on locals’ views on the remaining vulture populations in the country, as well as the issue of wildlife poisoning. These questionnaires were useful to gather as they give us an up-to-date perspective on this topic.

For the next 4 years, educational activities and workshops of this nature will be frequent and crucial for the success of the project. The participation of locals in the issue of wildlife poisoning is necessary to help combat the problem.

The BalkanDetox LIFE project has received funding from the LIFE Programme of the European Union. 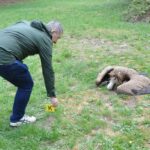 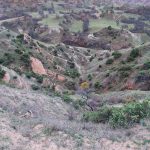