It is always thrilling to receive a call from Mavrovo’s inhabitants about lynx sighting, and even more so when they send pictures of a radio-collared individual.

“These days we received wonderful pictures from Lisa, the female lynx, the ninth individual captured within the research activities of the Balkan Lynx Recovery Programme that the Macedonian Ecological Society conducts ever since 2010. The lynx is a healthy individual, around 7 years of age,” states Dime Melovski from the Macedonian Ecological Society (MES). 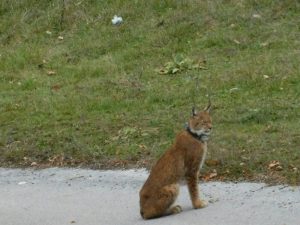 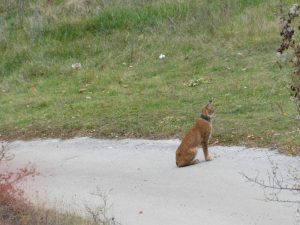 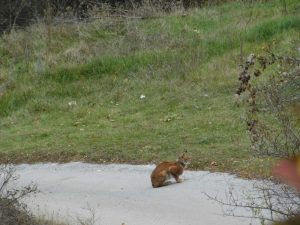 The pictures of this beauty were taken by a local from the porch of his house in a Mavrovo village.

Besides the pleasant news, we also have some unpleasant news to share. In the Suvi Dol area, Kichevo, a box-trap was demolished beyond repair by unknown persons. Now the box-trap cannot be used for the upcoming lynx monitoring session. It was deployed to conduct scientific and research work. 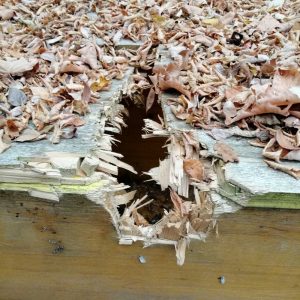 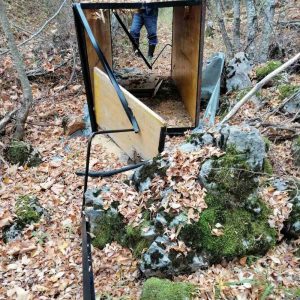 “Nothing similar has ever happened to us. To all citizens hiking in the mountains, we would like to underline that such traps are used solely for scientific and research work and to conduct monitoring of population trends in the critically endangered Balkan lynx. The incident will be reported to the police hoping that perpetrators will be found,” adds Melovski.

Similar box-traps were set up on various locations within and beyond Mavrovo National Park and they are essential to obtaining novel findings about this rare animal, which MES studies and protects since 2006. 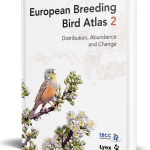