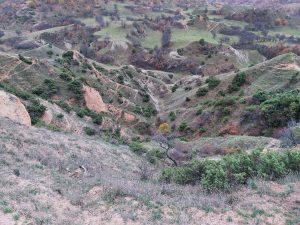 Last week, MES received a call concerning a massive poisoning of dogs in the village Vitolishte, located in the region Mariovo. With the possibility that the poison was still present and accessible, this presented a serious threat to the people of the village as well as the surrounding wildlife. Mariovo is exceptionally rich in biodiversity and these poisoning incidents not only affect domestic animals but also have big repercussions for wildlife which is why MES reacted quickly. After receiving the news, authorities were contacted and the coordination began for investigation into the event as well as the non-harmful removal of the poisoned dogs. In the meantime, the situation became much more serious as we learned that two griffon vultures tagged with GPS transmitters which are constantly monitored, were preparing to land in the area where the poison was said to be located. The two vultures are part of the ongoing BalkanDetox Life project which works on combatting the issue of wildlife poisoning in the Balkan Peninsula. Griffon vultures are considered to be social birds and often fly in flocks so the realistic number of vultures in the area was suspected to be higher. In the case that they were to reach the poisoned animals, we could have faced a complete eradication of these birds in our country.

Luckily, we were able to get in touch with the local border police who were informed of the potential catastrophe. They soon sent out a team to the location where the griffon vultures landed with the aim to drive them away before they could have the chance to feed on the poisoned animals. After one hour of waiting, we were finally informed by the police that the 18 vultures which were in the vicinity of the area were driven away and the dead bodies remained untouched. 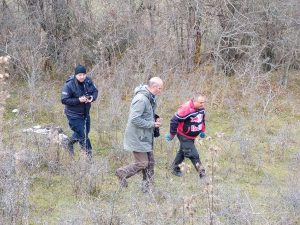 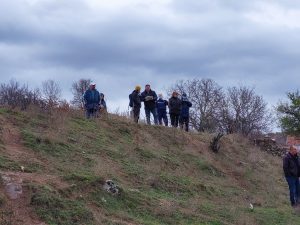 In the same day, a team from MES arrived in Vitolishte with the aim to ensure that there would be no further poisoning in the area. With support from the municipality of Prilep, the next day an inspection team from the Ministry of Interior Affairs and a communal inspector arrived in Vitolishte in order to conduct an investigation into the event and as well as ensure that appropriate measures were taken to clear up the case. A field inspection around the area was done and fortunately no poisoned wildlife was found. The public prosecutor was informed of the event and we hope for an adequate investigation to be led by the authorities.

Illegal wildlife poisoning continues to be the biggest threat to the remaining vultures and their survival not only in North Macedonia but all throughout the Balkan Peninsula. It is estimated that within the last 20 years, 2,300 vultures have died as a result of poisoning in the Balkans. As a consequence of this illegal practice, both the cinereous and bearded vulture have been completely eradicated in North Macedonia. Additionally, the use of poison has led to the decline of the Egyptian and griffon vulture populations to just a couple of nesting pairs. According to our last census, only 24 griffon vultures were present in Macedonia. Essentially this means that if actions were not taken as fast as they were last week, their population could have been depleted beyond repair.

The Macedonian Ecological Society continues to work on this issue within the BalkanDetox Life project, in cooperation with relevant national institutions towards strengthening the capacities of these institutions and raising public awareness about the problem, as well as educating the local population and suggesting measures to minimize wildlife conflicts in rural areas.

The BalkanDetox LIFE project has received funding from the LIFE Programme of the European Union. 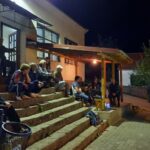 Educational workshops on vultures and poison as their biggest threatBalkan Detox, Некатегоризирано 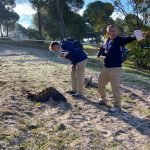