We are extremely pleased to announce the six successful small grants of the “d-r Ljupcho Melovski” programme, 2021. Due to the pandemic, three successful grants rolled over from 2020, adding up to a total of nine projects that will take place in 2021. We wish them great success, and firmly believe that the experiences that will follow will create firm foundations for the grantees’ future careers as researchers and conservationists

1. Assessment of the biodiversity of invertebrate terrestrial fauna in agroecosystems in the Pelagonia region, in conjunction with the determination of heavy metal concentration in the soil and biomaterial

Summary: The pollution of soil with heavy metals is a serious problem for agriculture. Soil is the basis for food production and one of the most important biodiversity reservoirs. The soil fauna has a huge impact on soil quality and agroecosystem viability. Because of the ability to accumulate heavy metals, as well as sensitivity towards small environmental changes, invertebrate terrestrial fauna are a good indicator for the assessment of soil quality and agroecosystem health. The goal of this project is the evaluation of biodiversity, in parallel with estimating the effects from soil pollution on the invertebrate fauna that inhabit the agroecosystems in the Pelagonia region.

2. Testudo hermanni and Testudo graeca – The only tortoises from Gazi Baba forest park

Summary: Skopje’s Gazi Baba forest park is home to two tortoise species: Hermann’s Tortoise (Testudo hermanni) and Spur-thighed Tortoise (Testudo graeca). The aim of the project is twofold: scientific research (population study) and educational. Collecting and analyzing capture-mark-recapture data will help expand our knowledge of these tortoise populations as well as the species in general, namely their distribution, ecology and behavior. On the other hand, introducing the general public to the biology and ecology of tortoises living in Gazi Baba will raise public awareness of their significance for the park and beyond.

3. Diversity of the aquatic and saproxylic beetles in riparian forests and water ecosystems on Shar Mountain

Summary: In terms of biodiversity, the future protected area NP “Shar Planina” needs better-quality databases for different groups of organisms. The aim of this research is to get an idea of the ecological status of riparian forests and aquatic ecosystems, through valorization of the diversity of saproxylic and aquatic beetles. These representatives of the coleopteran fauna have bioindicative significance for the ecological status of certain habitats. The results of this research would be of particular importance in the creation of future strategies and plans for managing the protected area, as well as the enrichment of the national databases on the diversity of the targeted coleopteran fauna.

4. Diversity, taxonomy and distribution of caddisflies (Insecta: Trichoptera) in the aquatic ecosystems of Shar Mountain

Summary: Shar Mountain presents a potentially protected area, meaning the knowledge of the biodiversity of this mountain is particularly important. The lack of information about different taxa, especially aquatic invertebrates that inhabit this mountain and the need for new and increased research, were the main reasons that triggered the idea to start this project. Besides their general characteristics, and species richness, their unique ecological preferences and high sensitivity towards the changes in their environment make them strong bioindicators. Taking this into consideration, this interesting group of insects presents an important asset in pointing out the amazing natural values of Shar Mountain.

5. The influence of different climate types in north Macedonia on the number of Bacillus spp. isolated from soil

Summary: Soil microorganisms play a major role in the biogeochemical processes of various elements that are vital to plant growth and animal life. Understanding and anticipating the impact of climate change on soil microorganisms and their role in the ecosystem is a great challenge and opportunity to direct research efforts towards one of the most urgent problems facing our planet. In this project the impact of climate types on the number of Bacillus spp. will be determined and the results will be able to indicate potential ways in which microorganisms can be used to reduce the negative consequences of climate change.

6. Natural enemies of the pests of the oak forests on the Jablanica mountain

Summary: The focus of this research will be the influence and the natural regulators of the insect species which tend to inflict damage on the oak forests and cause imbalance in the said ecosystems. The research will be conducted on the Jablanica mountain range. Having healthy oak forests has an invaluable ecological significance for all the living organisms depending on them for survival. Using a combination of field research and laboratory analyses, we will determine the composition of “pest” species and their population dynamics. In the same manner, we will investigate the presence of other species of invertebrates, which act as natural regulators of the populations of these pests. The results from this research can have practical benefits to the integrated forest protection, especially in the field of biological pest control.

Summary: Hypogeous fungi are a significant element of the ecosystem. Some of the genera are mycorrhizal, and play an important role in the functioning of forest ecosystems. Hypogeous fungi have been studied more intensively in the past ten years in North Macedonia, principally their diversity, thus there is plenty of room for further research of this noteworthy mycorrhizal group of fungi. The geological diversity and the effects of various climate types in North Macedonia enable the presence of rich biodiversity and appropriate ecosystems for the development of hypogeous fungi. In this project, field research will be conducted on insufficiently researched areas, in order to gain new knowledge about the diversity of hypogeous fungi, as well as the diversity of their mycorrhizal partners, and potential discovery of new species.

8. Distribution and ecology of the black widow spider (Latrodectus tredecimguttatus) in Macedonia

Summary: This project is the first systematic attempt to study the black widow (Latrodectus tredecimguttatus) in Macedonia. Due to the lack of data for it’s distribution and ecology, the black widow is not on any list of endangered species. The critical analysis of the entire literature, followed by field and laboratory activities will result with new information that may contribute for future protection of this species.

9. Distribution and population size of the European roller (CORACIAS GARRULUS) in the plains of Skopje valley

Summary: The data about the distribution and population size of the European roller (Coracias garrulous) in Skopje Valley, so far, has been obtained as a result of unpublished observations by experts in the field; meaning that a systematic study has not been done yet. Hence the main goal of the project, which is contribution to the knowledge of its distribution and its population size in the valley. The collected data could be used in creating plans and initiatives for protection of certain areas of natural values. 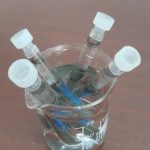 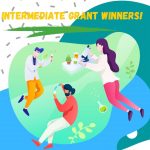