Wednesday is Lynx Day, so we bring you another good news! The Macedonian Ecological Society radio-collared another Balkan lynx individual captured near the village of Nichpur in Mavrovo National Park. The lynx is a 14-kg female aged around 10 years. Atidzhe is her name. As all other lynx individuals, she too will carry a collar to send information about her whereabouts. We confirmed successful kill and now we know that she is well and ready to face the challenges nature’s throwing at her.

What do Atidzhe and Marko (our first captured lynx) have in common? The play of circumstances made an unusual match of dates and events. And it is no April Fool’s Day joke when we say that Atidzhe’s capture, taking place just before the cessation of all fieldwork activities, matches the date when we first captured our first lynx Marko! The tenth lynx in ten years! What a way to round off lynx-related fieldwork activities. Our long-term field research suggests that the Balkan hosts about 40 adult Balkan lynx individuals, which, according to the International Union for Conservation of Nature (IUCN), makes it a critically endangered animal.

Our first sighting of Atidzhe dates back to 2013, when we first captured her on camera-trap. We then had her entered into the base under the code B11. We think that Atidzhe suits her better. We are proud of our team and happy about the fruitful cooperation with our friends from Mavrovo National Park. Even though we want more fieldwork, especially in the April snow, we will stay home and closely monitor the situation. Stay home as well and follow us for more news! 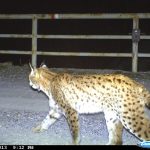 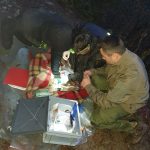 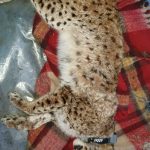 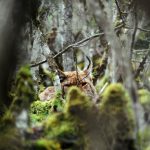 10 years ago, on this day we captured the first Balkan lynxNews, Newsletter, Wildlife Conservation
Learning about “wetland management and monitoring” – the transboundary virtual summer school has come to a close, but the spirit of co-operation lives onNews